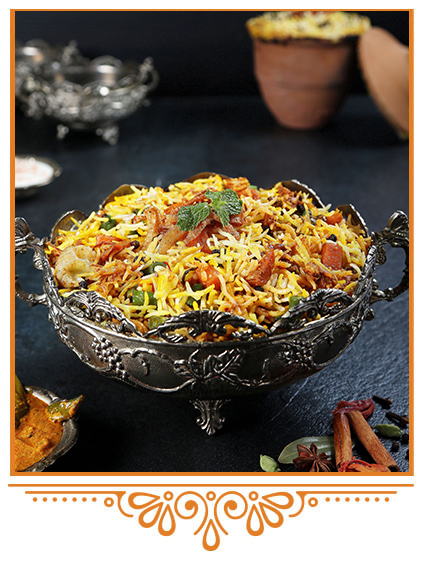 From being a modest Dhaba started in1959, Gulati has today transformed it into an elegantly ornated fine dining restaurant, known for its great North Indian, Mughlai, Hyderabadi and Tandoori cuisine all over the world and famously considered one of the best places to eat in Delhi.

We offer an extensive and lavish menu of over a hundred and seventy-five exotic recipes. Starting with the all-time favourite Butter Chicken, voted as the best in town by many polls, Dal Makhani, again voted as the best, Burrah Akbari, Kakori Kebab, MurghMalai Tikka, Hyderabadi Dumpukth Biryani, Veg Galouti Kebab, Dahi Kebab and Dum Aloo Kashmiri to name a few.

Gulati has now gone digital. One can order online through their website www.gulatirestaurant.co and enjoy the delicious food at the comfort of their home.

One of the best things for all the spiritual people out there is that Gulati hosts a special ‘Navratrafood festival’ during the Navratra season. The Restaurant was the first, over 30 years back to celebrate the nine-day Navratra Food Festival, which is still celebrated every year, serving pure vegetarian Navratra Menu without Onion & Garlic, and even serving Fasting Navratra Food giving its own delicious twist.

Gulati has won several awards making it one of the best restaurants in Delhi. Some of these awards are:

Gulati is the favourite food joint of many renowned celebrities as well. Some of them are:

The main essence of our food lies in their secret mix of herbs and spices, which when tried once, keeps you coming back to us time and again. We are open for Dine-in, though you can even relish their delicious food sitting at home from across DelhiNCR, by placing an order on our website www.gulatirestaurant.co or calling us at 011-23388836.

Previous Next
Close
Test Caption
Test Description goes like this